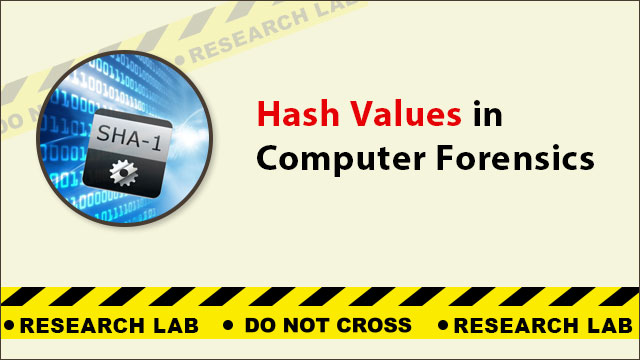 In most civil and criminal cases, along with normal evidence, shreds of electronic evidence whether stored in computers or other hard drives are also considered admissible evidence in courts of law. Hence, examining, discovering, and authenticating that digital evidence becomes crucial before placing them in front of the court. For that, the importance of hash value in computer forensics comes into the picture.

Before entering into the world of the hash value, let’s understand its meaning.

What is Hash Value?

Generally, you can say that hash values represent the DNA of electronic evidence.

Typically, a hash value is a string of hexadecimal values ranging from 32 to 64 characters long. The hash algorithm may be the deciding factor for the same.

Also, in the world of cryptography and computer forensics, experts use the hash value for doing the analysis of a particular digital file.

So, how do the hash value look like? Let’s look into an example.

For instance, consider a sample string of characters

In addition to that, the file format matters while generating hash values. That is even if a word file and PDF contain the same content, after running the algorithm they will produce different hash values.

It is the short form of Message Digest, developed by professor Ronald Rivest. MD5 is the latest version of the MD hashing algorithm.

This algorithm is less complex and the length of the hash value is 128 bits that make it faster to process the algorithm.

Moreover, its common use is to verify the integrity of the digital files.

SHA1 or Secure Hash Algorithm 1 is comparatively more powerful and secure than MD5.

In this algorithm, the length of the hash value is 160 bits. The algorithm is a bit complex.

It is generally used to verify that the files have been untampered.

Although the algorithms have been updated from time to time to give more accurate and non-collision hash values.

Basically, the above two algorithms allow computer forensic professionals to protect electronic evidence from tampering once they acquire it.

This shows the uniqueness of the hash value.

Now the use of hash value in e-discovery is also vital. It helps in identifying duplicate files. Thus, it ensures that after collecting data, files are unaltered and forensically okay.

Secondly, you can equivalent the hash value with ‘digital fingerprint’ to represent an electronic file. Due to its uniqueness, hash value plays an important role in presenting electronic evidence in courts of law.

Before presenting any electronic evidence in court, you must check for its authenticity. And hash value helps in achieving the same.

Four Characteristics of Hash Values that justifies its Authenticity

Hence, the above-mentioned characteristics increase the importance of hash value in the field of computer forensics.

What is the best way to calculate Hash Value?

The File Hash Calculator allows you to compute the cryptographic hash value of a text or file using a variety of methods, including MD5, SHA1, SHA2, CRC32, and others. It is the world’s simplest Hash calculator for Forensicators. This tool calculates all checksums in a single location, allowing you to complete your task more rapidly. Simply browse your file and the hash value will be calculated in a few simple steps. Therefore, click the button below to download the tool.