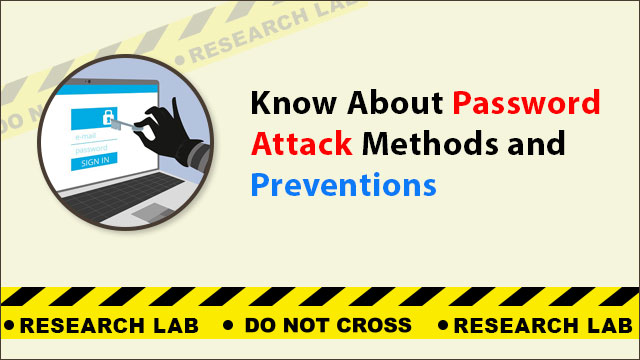 We will continue with our security perspective, and this time we will bring you a fresh blog post on password attack methods and preventions. In our last blog, we have explained how to prevent identity theft and online vehicle sale fraud.

Many people’s credentials have been exposed recently, and a large amount of data has been taken. While a password isn’t really easy to guess, for many hackers, this is a piece of cake. What methods do hackers use to guess and obtain your password? We’ve are going to explain this below.

While the ultimate aim of any password assault is to break a user’s password in order to obtain access, this goal can be accomplished in a variety of ways. The most often used are as follows:

A dictionary assault begins with attackers randomly attempting every word in popular language dictionaries such as English, French, or Spanish in order to gain access to a system, relying on people’s usual practice of using a single, actual word as their password. However, as time has passed, attackers have progressed from relying exclusively on dictionaries to additionally utilizing publicly available password lists. Popular passwords such as password, 1234567, password1, 111111, and qwerty continue to be popular.

Unlike dictionary attacks, which focus exclusively on plaintext passwords, brute-force assaults go even more arbitrarily, running through every possible combination of letters and digits. These attacks take advantage of the fact that the majority of users keep their passwords short. The shorter the password, the more quickly these assaults may be carry out.

Another method of guessing passwords, these assaults combine the strength of dictionary and brute-force attacks, resulting in a greater number of potential combinations.

Also known as credential stuffing, password spraying makes use of credentials obtained through social engineering assaults such as phishing or the successful outcomes of a dictionary, brute-force, or hybrid attack. An attacker takes a password that is known to work for at least one system or application and tests it throughout an organization’s environment to see whether it will work elsewhere, allowing more access. Due of the frequency with which passwords are repeat, credential stuffing is typically rather successful.

MFA adds another layer of defense against attackers by needing more than one piece of proof to log in. Evidence is classified into three types: knowledge, possession, and inherence. This can be something the user knows, such as a password, something the user possesses, such as a phone or security token, or something the user can offer alone, such as a fingerprint. While higher-security goods may include fingerprint pads or eye scans, the majority of electronics have a two-factor authentication procedure that relies on knowledge and possession. The more criteria there are, the harder it will be for an attacker to get admission.

While MFA increases the number of barriers, each barrier must be as robust as feasible. For instance, several forms of multi-factor authentication logins require the second form of authentication only after the first has authenticate. This implies that while an attacker may be unable to obtain access, they will know they used the correct credentials. They can then launch a password spray assault against the remainder of the network, where they may come across apps that do not support MFA. As a result, it is critical to create passwords that are as complicated as feasible.

Keep an eye on Activity

Attackers rely on their ability to remain undiscovered. Due to the high volume of activity in an information technology environment, a password assault can simply slip through the gaps. When a SIEM detects an abnormally high number of login attempts, it instantly escalates the issue to the security team, enabling them to swiftly avoid or neutralize hazards. This enables your security teams and analysts to evaluate in real time if they need to conduct additional investigations. Additionally, many SIEM solutions is configure to operate automatically. Locking out a user after a predetermined number of failed login attempts.

Hope after reading the article, you are now aware about everything of password attack methods and preventions.